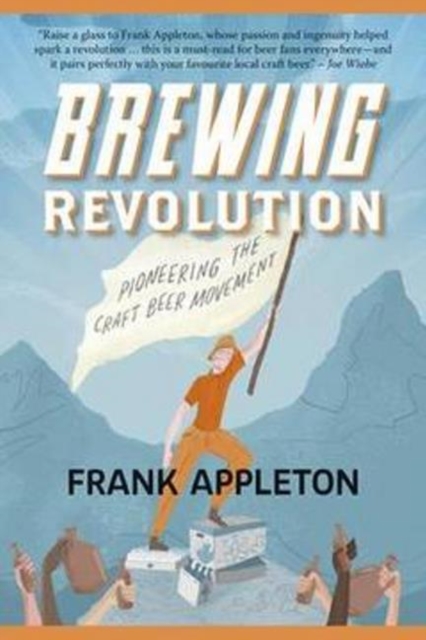 The inspiring story behind today's craft beer revolution is the subject of this lively memoir by Frank Appleton, the English-trained brewmaster who is considered by many to be the father of Canada's craft-brewing movement. Appleton chronicles fifty years in the brewing business, from his early years working for one of the major breweries, to his part in establishing the first cottage brewery in Canada, to a forward look at the craft-beer industry in an ever more competitive market.

Disillusioned with the Canadian brewing scene in the early 1970s, when three huge companies controlled 90 percent of the market and marketers and accountants made the decisions on what products to make, not the brewmasters, Appleton decided to "drop out" and brew his own beer while homesteading in the interior of British Columbia. He made a meagre living as a freelance writer, and his article entitled "The Underground Brewmaster" sparked the interest of John Mitchell, co-founder of the Troller Pub in Horseshoe Bay, BC. Their partnership launched the Horseshoe Bay Brewery in June 1982, the first of its kind in the country, serving the iconic Bay Ale brewed from Appleton's recipe.

Covering a range of topics, such as the difficulty of steering beer drinkers away from the "Big Boys" breweries and struggles with the BC Liquor Control Board, as well as brewing plant design and the complexities of the malting process, Brewing Revolution touches upon the foundation of what shaped the craft-beer industry in Canada. Appleton's passion and innovation opened the gates for the scores of brewpubs and microbreweries that were to follow in both Canada and the US, and his story is of interest to anyone excited by today's craft-beer revival.