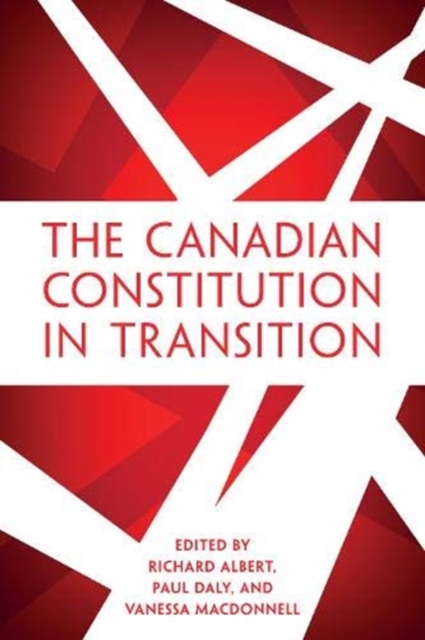 The year 2017 marked the 150th anniversary of Confederation and the 1867 Constitution Act. Anniversaries like these are often seized upon as opportunities for retrospection. This volume, by contrast, takes a distinctively forward-looking approach. Featuring essays from both emerging and established scholars, The Canadian Constitution in Transition reflects on the ideas that will shape the development of Canadian constitutional law in the decades to come. Moving beyond the frameworks that previous generations used to organize constitutional thinking, the scholars in this volume highlight new and innovative approaches to perennial problems, and seek new insights on where constitutional law is heading.

Featuring fresh scholarship from contributors who will lead the constitutional conversation in the years ahead - and who represent the gender, ethnic, linguistic, and demographic make-up of contemporary Canada - The Canadian Constitution in Transition enriches our understanding of the Constitution of Canada, and uses various methodological approaches to chart the course toward the bicentennial.