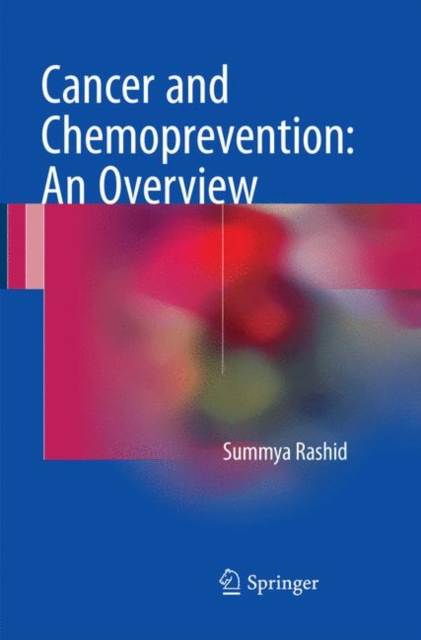 Cancer and Chemoprevention: An Overview

This book focuses on the most relevant, comprehensive and most recent advances on cancer and chemo prevention. It discusses broadly on Cancer in general, its hallmarks, classification, molecular mechanisms of the outbreak of cancer, factors and major mediators and pathways involved in the progression of cancer. It also discusses about the deregulation in proto oncogenes, tumor suppressor genes and DNA repair genes which marks important events towards progression of cancer. The book also talks about the stages of carcinogenesis, role of oxidative stress, inflammatory mediators and apoptosis including mechanisms of action. The proposed book discusses about chemoprevention in general with its importance in the present scenario; when the modern medicine has left us with no option to treat this deadly disease because of being non targeted, costly, unaffordable and associated toxicities. The book also discusses about the mitigation of multi drug resistance, angiogenesis by chemo prevention.

Giving more emphasis to chemoprevention, the book also discusses about different chemoprevention strategies currently used in the management of cancer with a few examples of novel chemo preventive agents targeting cancer which have reached clinics and some being at pre-clinical stage. Lastly chemoprevention, its problems, future perspectives and the road ahead has been given. In short it summarizes the material for the reader, be it an undergraduate student, graduate, researcher or an academician who needs information on cancer and chemoprevention in general without emphasizing on a particular type of cancer or a particular pathway involved in its onset and so on.