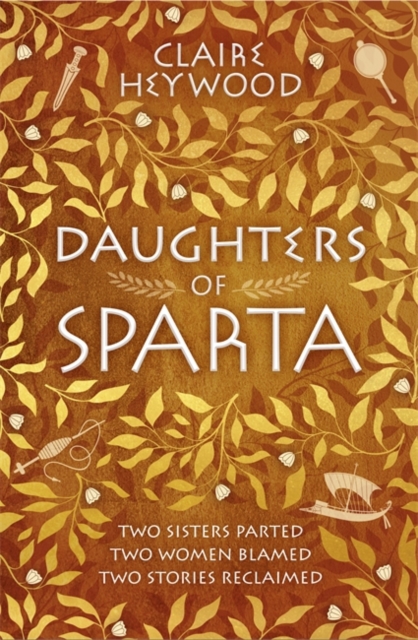 'Required reading for fans of Circe .

For millennia, two women have been blamed for the fall of a mighty civilisation - but now it's time to hear their side of the story .

As princesses of Sparta, Helen and Klytemnestra have known nothing but luxury and plenty. With their high birth and unrivalled beauty, they are the envy of all of Greece.

Such privilege comes at a high price, though, and their destinies are not theirs to command.

While still only girls they are separated and married off to legendary foreign kings Agamemnon and Menelaos, never to meet again. Their duty is now to give birth to the heirs society demands and be the meek, submissive queens their men expect.

But when the weight of their husbands' neglect, cruelty and ambition becomes too heavy to bear, they must push against the constraints of their sex to carve new lives for themselves - and in doing so make waves that will ripple throughout the next three thousand years.

Perfect for readers of Circe and Ariadne, Daughters of Sparta is a vivid and illuminating retelling of the Siege of Troy that tells the story of mythology's most vilified women from their own mouths at long last.

Helen of Troy and her sister Klytemnestra are reimagined in this gorgeous retelling of the classic Greek myth - not as women defined by their husbands and lovers but as battle-weary survivors of a patriarchal society who take control of their own destiny. Absolutely riveting!' - Alka Joshi, New York Times bestselling author of The Henna Artist