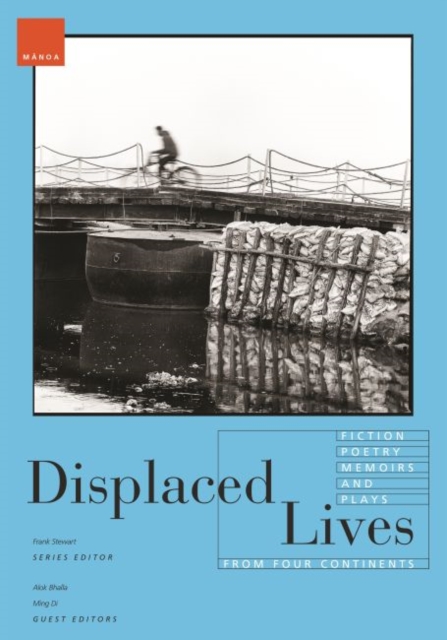 Human displacement is an old phenomenon; however, the dislocation of people in the twenty-first century has been unprecedented. At the end of 2019, over 260 million people were living outside their countries of birth. Some are forced to relocate--by violence, wars, hunger, persecution, and other causes--and some are voluntary migrants. A single term cannot define who they are or why they are on the move.

For those uprooted by force, the psychological and spiritual loss of homeland can be devastating. The millions who are mentally uprooted--because of war-induced PTSD, addiction, and aging--can suffer similar displacement and trauma.

Through outstanding fiction, poetry, memoir, and drama, the authors in Displaced Lives vividly depict the responses and emotions of ordinary people to displacement, a devastating and widespread crisis of our time.

Featured is a portfolio of photographs by Serena Chopra, taken in the Tibetan refugee colony of Majnu Ka Tilla, Delhi.