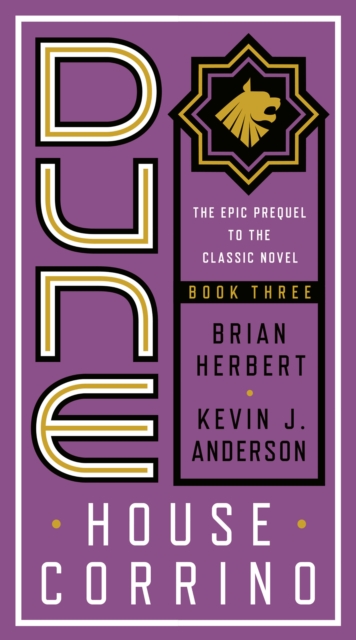 The grand finale of the complex epic trilogy of the generation before Frank Herbert's masterwork Dune.

Shaddam Corrino IV, Emperor of the Known Universe, has risked everything to create a substitute for the spice melange . . .

A substance that is found only on the desert planet Arrakis, a harsh world of storms and monstrous sandworms.

Shaddam has used the noble houses as chess pieces for his scheme, causing the overthrow of powerful families, raising other houses to power.

The Bene Gesserit Sisterhood works their own plans, manipulating bloodlines, trying to create their long-awaited messiah, the Kwisatz Haderach.

Duke Leto Atreides battles his mortal enemy, Baron Vladimir Harkonnen, while his love for the beautiful and wise Jessica grows even in the face of bloodshed and betrayal.

But are they all just pawns of an inevitable future centered around the planet Dune?