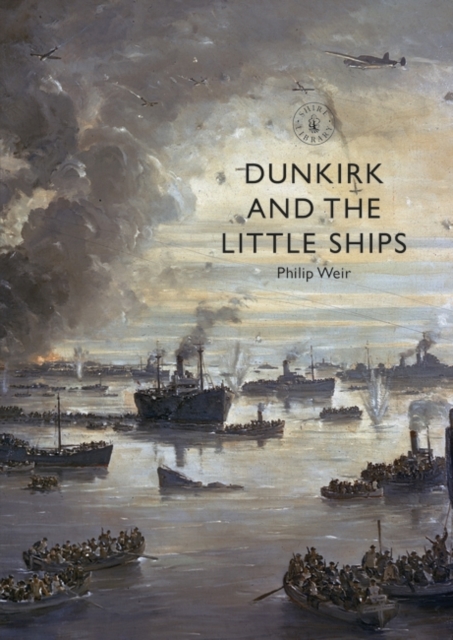 Dunkirk and the Little Ships

In May 1940, German troops advanced through Holland, Belgium, and France with astonishing speed, forcing the British Expeditionary Force and the French army to retreat to the northeast coast of France. The evacuation plan - Operation Dynamo - was put into effect with the expectation that only about 45,000 men might be rescued. However, by the hasty assembly of a vast armada of disparate vessels (thought to be in the region of 900, of which about 700 were privately owned), 338,226 Allied troops were brought safely back to England.

Without the contribution of those Dunkirk Little Ships, as they have come to be known, thousands of British troops would have died on the shores of France, and the ongoing fight against the Axis powers rendered all the more challenging.

In this title, Philip Weir reveals the story of all the vessels that undertook this great mission, exploring their general role and individual histories, including their preservation and 'the Little Ships' participation in return runs every five years.