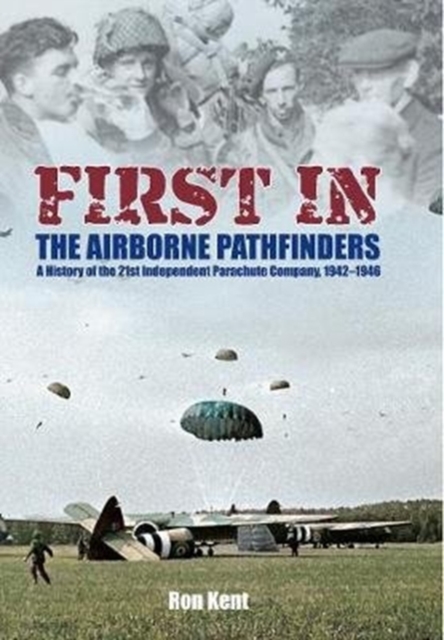 First In: The Airborne Pathfinders

They were volunteers to a man. These were the airborne troops who dropped into enemy territory ahead of any others, pinpointing the Drop Zone by means of a radio marker. They would then prepare the ground for the main forces that would follow. Once they had marked out the Drop Zones, they then had to defend them, whatever the odds.

The volunteers had to pass exacting physical and psychological tests before they could join this elite force. These were the men of the 21st Independent Parachute Company, which was part of the Parachute Regiment, and this is their story, told by one of that unique band, then Sergeant Ron Kent.

The 21st Independent Parachute Company operated in North Africa, Sicily, Italy, Norway, France, as well as the largest airborne operation ever mounted, Market Garden. In compiling this account of the Pathfinders, Ron Kent contacted survivors of his company to provide the first comprehensive history of a unit that General Browning told its commanding officer, Major Wilson, was unsurpassed by any other in the world.