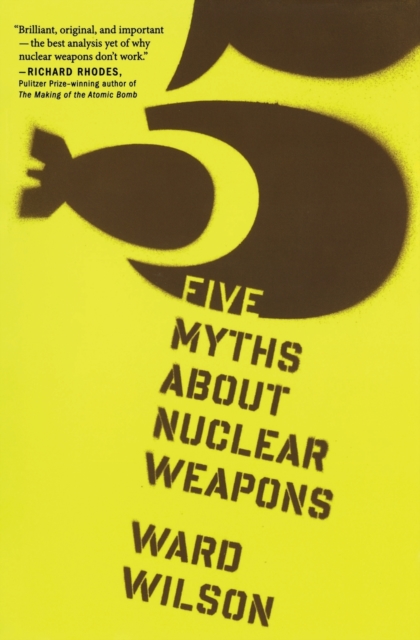 “Five Myths About Nuclear Weapons is accessible, short and breathless. It has the tone of a TED talk: an avid speaker bursting with one big idea and eighteen minutes to hold your attention.” —New York Times

Nuclear war would be an apocalypse. Nuclear deterrence is effective in a crisis. Nuclear weapons shock and awe opponents. Killing civilians causes leaders to back down. The bomb has kept the peace for sixty-five years. These are the things we think we know about nuclear weapons, but it turns out they are myths, myths that nonetheless still shape our nuclear policy.

In Five Myths About Nuclear Weapons, Ward Wilson blows the lid off the stale debate surrounding nuclear weapons, stripping away emotion and exaggeration. By drawing on new facts and historical research, Wilson methodically shatters each of these myths in turn. His conclusions will surprise you, enlighten you, and spur debates about whether nuclear weapons have any power and importance in the twenty-first century.