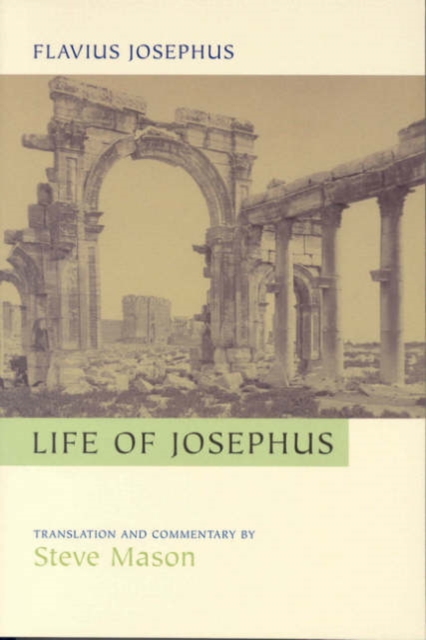 Within the writings of Flavius Josephus his shortest work, the autobiographical Life, has often seemed the simplest to understand: as a defensive response to Josephus' rival Justus of Tiberias. Read in this vein, it is usually regarded as the clearest evidence of Josephus' utter carelessness as an author and of his willingness to tell patent lies as he attempted to justify what he knew to be his own sordid behavior during the earliest phase of the war with Rome. Refocusing our attention from the personal character and psychological motives of Josephus (which we cannot know) to the work itself (which is before us), Steve Mason brings this crucial narrative to life in new historical and literary contexts. He shows that it is a carefully structured appendix to Josephus' magnum opus, the Judean Antiquities, and that Josephus uses it to unashamedly celebrate his character according to the values and standards of his time. In the process, Josephus explains much about the geography of Galilee and about the social and political world of Judea in crisis. Most importantly, however, he emerges as a Judean statesman trying to communicate with his peers from other Mediterranean centers. Thus The Life is a rich mine of information, not only about the specifics of the Galilean society and the Judean-Roman war, but also about Roman-provincial relations and elite culture in Judea. Steve Mason enriches us with both an excellent literal translation and invaluable philological, literary, historical, archeological, and sociological commentary. Josephus' extensive corpus is generally acknowledged to be basic for the study of Judaism in the Roman world, for the background to early Christianity, and for aspects of Roman history. This model for understanding the historian's autobiography provides a an agenda for reading the other volumes as well.
This is the first comprehensive literary-historical commentary on the works of Flavius Josephus in English. Steve Mason, York University, Toronto, edits the scheduled 10 volumes.