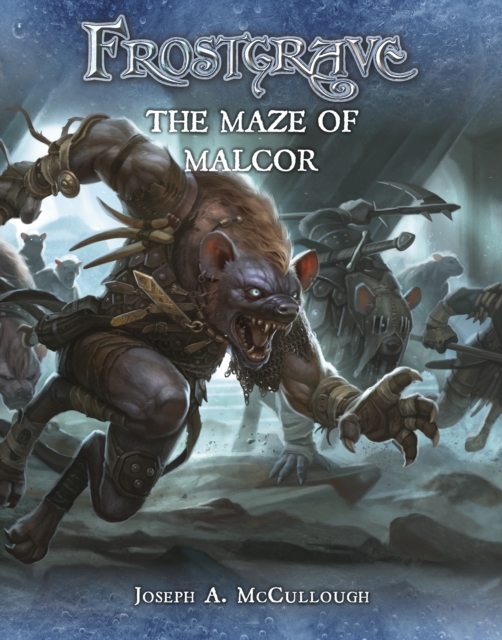 Frostgrave: The Maze of Malcor

Part magical university, part museum, part tourist attraction, the great Collegium of Artistry had flourished in Felstad's final days. Under the leadership of the seemingly immortal Malcor the Mad, the vast complex expanded, with new wings being built wherever they would fit, including up and down the rock face, and even buried within the mountain itself. Visitors called it one of the architectural wonders of the world; the students, who often got lost in its endless tunnels, simply called it "The Maze."

With a titanic crash, an immense ice shelf tears free from the mountains that that loom above Frostgrave, revealing the lost Collegium, and the race for its secrets begins. The Maze is known to have contained many rare and unique treasures, and who knows what may have survived . . .

This new, bumper-sized supplement for Frostgrave contains a host of new adventures, treasures, and creatures to challenge players. It also includes its own unique campaign and experience system, as well as information about several of the mythical lost schools of magic.