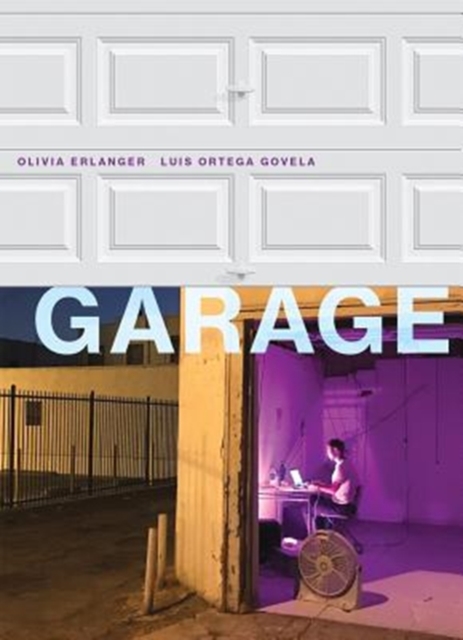 A secret history of the garage as a space of creativity, from its invention by Frank Lloyd Wright to its use by start-ups and garage bands.Frank Lloyd Wright invented the garage when he moved the automobile out of the stable into a room of its own. Steve Jobs and Steve Wozniak (allegedly) started Apple Computer in a garage. Suburban men turned garages into man caves to escape from family life. Nirvana and No Doubt played their first chords as garage bands. What began as an architectural construct became a cultural construct. In this provocative history and deconstruction of an American icon, Olivia Erlanger and Luis Ortega Govela use the garage as a lens through which to view the advent of suburbia, the myth of the perfect family, and the degradation of the American dream.

The stories of what happened in these garages became self-fulfilling prophecies the more they were repeated. Hewlett-Packard was founded in a garage that now bears a plaque: The Birthplace of Silicon Valley. Google followed suit, dreamed up in a Menlo Park garage a few decades later. Also conceived in a garage: the toy company Mattel, creator of Barbie, the postwar, posthuman representation of American women. Garages became guest rooms, game rooms, home gyms, wine cellars, and secret bondage lairs, a no-commute destination for makers and DIYers--surfboard designers, ski makers, pet keepers, flannel-wearing musicians, weed-growing nuns. The garage was an aboveground underground, offering both a safe space for withdrawal and a stage for participation--opportunities for isolation or empowerment.