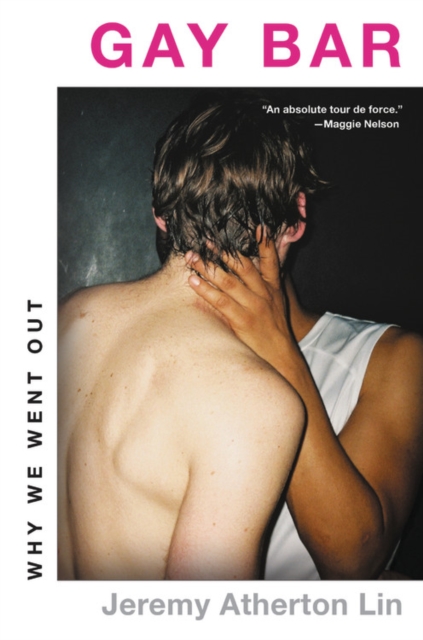 Does gay still have a place?

Strobing lights and dark rooms; throbbing house and drag queens on counters; first kisses, last call: the gay bar has long been a place of solidarity and sexual expression—whatever your scene, whoever you’re seeking. But in urban centers around the world, they are closing, a cultural demolition that has Jeremy Atherton Lin wondering: What was the gay bar? How have they shaped him? And could this spell the end of gay identity as we know it?

In Gay Bar, the author embarks upon a transatlantic tour of the hangouts that marked his life, with each club, pub, and dive revealing itself to be a palimpsest of queer history. In prose as exuberant as a hit of poppers and dazzling as a disco ball, he time-travels from Hollywood nights in the 1970s to a warren of cruising tunnels built beneath London in the 1770s; from chichi bars in the aftermath of AIDS to today’s fluid queer spaces; through glory holes, into Crisco-slicked dungeons and down San Francisco alleys. He charts police raids and riots, posing and passing out—and a chance encounter one restless night that would change his life forever.

The journey that emerges is a stylish and nuanced inquiry into the connection between place and identity—a tale of liberation, but one that invites us to go beyond the simplified Stonewall mythology and enter lesser-known battlefields in the struggle to carve out a territory. Elegiac, randy, and sparkling with wry wit, Gay Bar is at once a serious critical inquiry, a love story and an epic night out to remember.