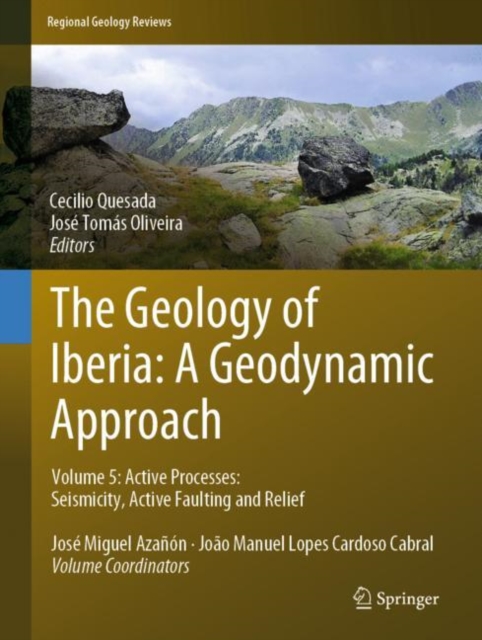 Geology of Iberia: A Geodynamic Approach

Adopting a global approach, this unique book provides an updated review of the geology of Iberia and its continental margins from a geodynamic perspective. Owing to its location close to successive plate margins, Iberia has played a pivotal role in the geodynamic evolution of the Gondwanan, Rheic, Pangea, Tethys and Eurasian plates over the last 600 Ma of Earth's history. The geological record starts with the amalgamation of Gondwana in the Neoproterozoic, which was succeeded by the rifting and spreading of the Rheic ocean; its demise, which led to the amalgamation of Pangea in the late Paleozoic; and the rifting and spreading of several arms of the Neotethys ocean in the Mesozoic Era and their ongoing closure, which was responsible for the Alpine orogeny. The significant advances in the last 20 years have increasingly attracted international interest in exploring the geology of the Iberian Peninsula.

This final volume of the Geology of Iberia focuses on the active geological processes in Iberia including seismicity and active faulting as well as the modern landscapes in the Iberian Peninsula.