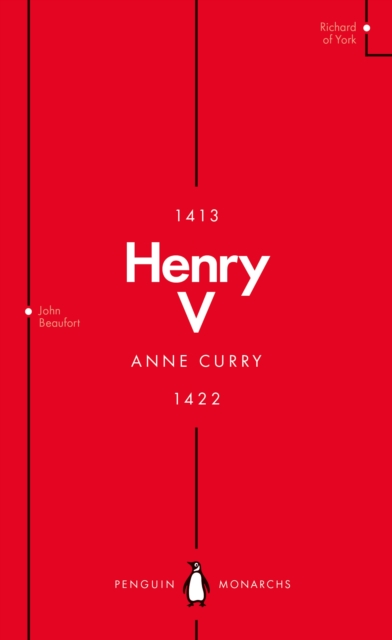 Henry V's invasion of France, in August 1415, represented a huge gamble. As heir to the throne, he had been a failure, cast into the political wilderness amid rumours that he planned to depose his father. Despite a complete change of character as king - founding monasteries, persecuting heretics, and enforcing the law to its extremes - little had gone right since. He was insecure in his kingdom, his reputation low. On the eve of his departure for France, he uncovered a plot by some of his closest associates to remove him from power.

Agincourt was a battle that Henry should not have won - but he did, and the rest is history. Within five years, he was heir to the throne of France. In this vivid new interpretation, Anne Curry explores how Henry's hyperactive efforts to expunge his past failures, and his experience of crisis - which threatened to ruin everything he had struggled to achieve - defined his kingship, and how his astonishing success at Agincourt transformed his standing in the eyes of his contemporaries, and of all generations to come.