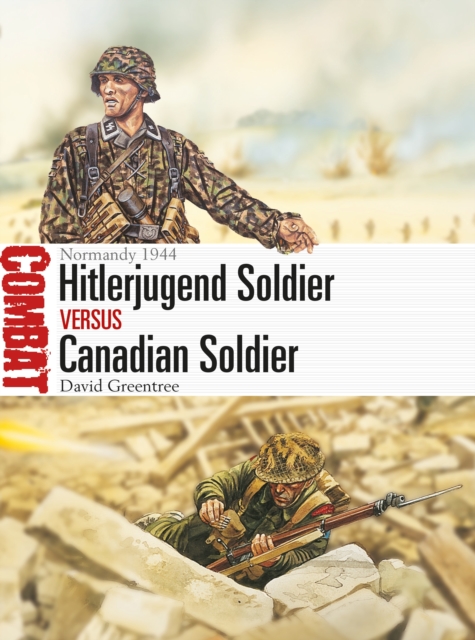 Canadian and Waffen-SS troops of 12 SS-Panzer-Division Hitlerjugend faced one another in a series of bloody battles following the D-Day landings of June 1944. The Canadian units were drawn from a number of distinguished regiments, while the Hitlerjugend Division were drawn from the ranks of the Hitler Youth organizations. Officers and NCOs were joined by inexperienced teenagers, and clashed with the Canadians repeatedly, notably at Authie, Bretteville, and Hill 168. The struggle quickly took on an especially bitter nature, fueled by the massacre of Canadian prisoners by Hitlerjugend personnel.

Employing first-hand accounts and the latest research, as well as specially commissioned artwork and carefully selected archive photographs, this absorbing study investigates the origins, ethos, training, fighting techniques, and weapons of both sides during the epic struggle for Normandy.