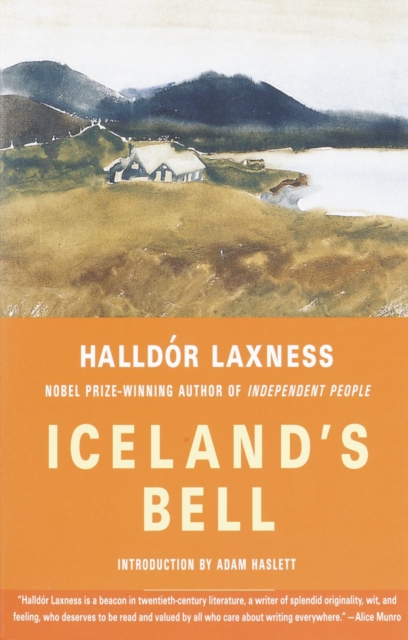 Sometimes grim, sometimes uproarious, and always captivating, Iceland’s Bell by Nobel Laureate Halldór Laxness is at once an updating of the traditional Icelandic saga and a caustic social satire. At the close of the 17th century, Iceland is an oppressed Danish colony, suffering from extreme poverty, famine, and plague. A farmer and accused cord-thief named Jon Hreggvidsson makes an improper joke about the Danish king and soon after finds himself a fugitive charged with the murder of the king’s hangman.

In the years that follow, the hapless but resilient rogue Hreggvidsson becomes a pawn entangled in political and personal conflicts playing out on a far grander scale. Chief among these is the star-crossed love affair between Snaefridur, known as “Iceland’s Sun,” a beautiful, headstrong young noblewoman, and Arnas Arnaeus, the king’s antiquarian, an aristocrat whose worldly manner conceals a fierce devotion to his downtrodden countrymen. As their personal struggle plays itself out on an international stage, Iceland’s Bell creates a Dickensian canvas of heroism and venality, violence and tragedy, charged with narrative enchantment on every page.