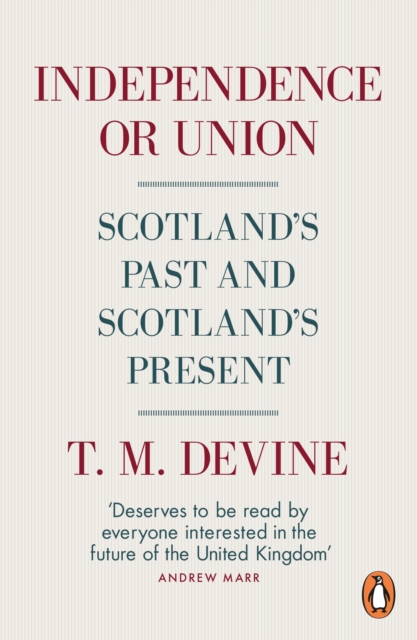 'Deserves to be read by everyone interested in the future of the United Kingdom' Andrew Marr, The Sunday Times

There can be no relationship in Europe's history more creative, significant, vexed and uneasy than that between Scotland and England. From the Middle Ages onwards the island of Britain has been shaped by the unique dynamic between Edinburgh and London, exchanging inhabitants, monarchs, money and ideas, sometimes in a spirit of friendship and at others in a spirit of murderous dislike.

Tom Devine's seminal new book explores this extraordinary history in all its ambiguity, from the seventeenth century to the present. When not undermining each other with invading armies, both Scotland and England have broadly benefitted from each other's presence - indeed for long periods of time nobody questioned the union which joined them. But as Devine makes clear, it has for the most part been a relationship based on consent, not force, on mutual advantage, rather than antagonism - and it has always held the possibility of a political parting of the ways.

With the United Kingdom under a level of scrutiny unmatched since the eighteenth century Independence or Union is the essential guide.