Pagina principala Is there not one among you who understands Egyptian? 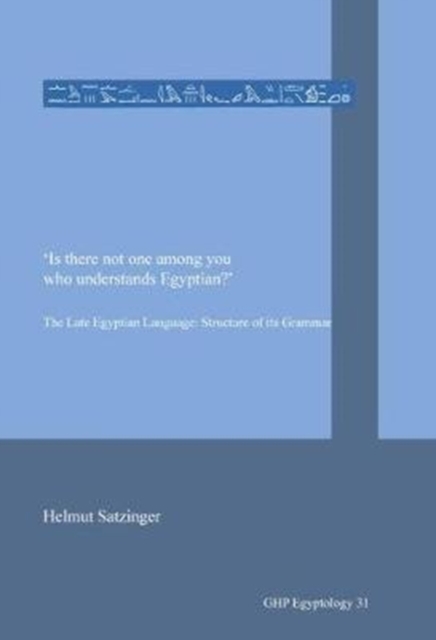 Is there not one among you who understands Egyptian?

Late Egyptian -- the vernacular idiom of the time of the Ramesside pharaohs (14th through 12th century BCE) -- is a
distinct episode in the history of the Egyptian-Coptic language. It is a vivid, fresh idiom, compared with the time-honoured Classical Egyptian language of the hieroglyphic texts. The vocabulary used is to a large extent new, it is pronounced differently from the traditional language, and it is spelled in a characteristic way. The idiom also follows new grammatical rules. Usually it is described from a more historical standpoint, on the background of the older language, Middle Egyptian. Here, however, is an account of its structure that is independent of the languages' older phases. Sufficient space is given to phonetics and spelling, as well as morphology and syntax (on all its levels). The books deals with clauses of all sorts, like attributive, circumstance and noun clauses, narrative & conjunctive clauses as well as conditional and temporal clauses. The final part is devoted to the focalising constructions, so characteristic of Egyptian in general.

Ai adaugat Is there not one among you who understands Egyptian? la lista ta de produse favorite.