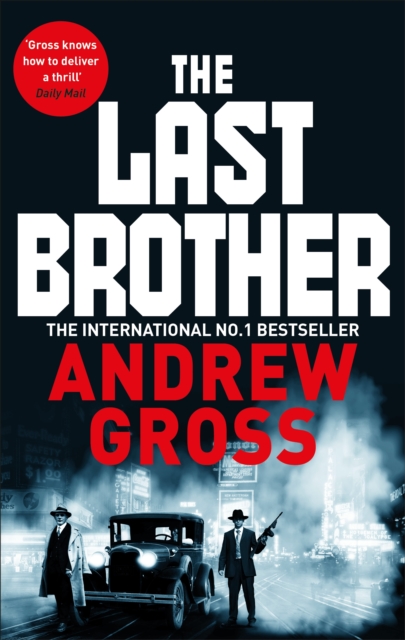 From International Number One Bestseller Andrew Gross, The Last Brother is the thrilling historical novel about three brothers and the Mafia in 1930s New York.

United by blood
1930s New York City. Three brothers grow up poor on the Lower East Side, until the death of their father forces them to find work to support their family. Each brother takes a different path.

Divided by ambition
Twelve-year-old Morris Rabishevsky apprentices himself to a garment manufacturer with the aim of running the business. Sol, six years older, heads to accounting school but is forced to drop out. Scarred by a family tragedy, Harry falls under the spell of the charismatic Louis Buchalter, who in a few short years becomes the most ruthless mobster in town.

Torn apart by conflict
Morris convinces Sol to go into business with him, but Harry can’t be lured away from the glamour, power and money of the mob. As their business grows, Buchalter sets his sights on the unions that control the garment maker’s factories, setting up a fatal showdown that could bring them together or shatter their family forever.