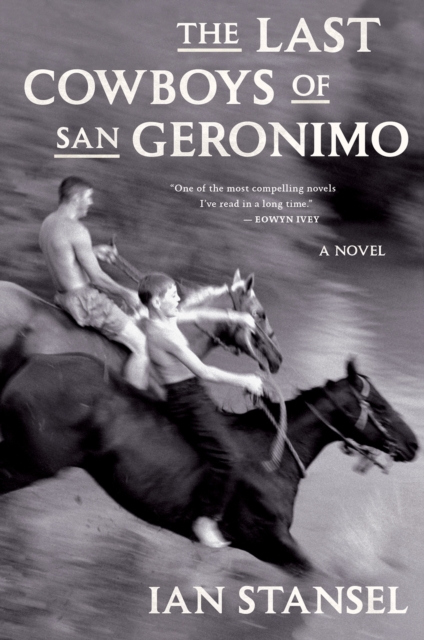 “One of the most compelling novels I’ve read in a long time.” —Eowyn Ivey


“Shares the trail with the likes of Edward Abbey, Cormac McCarthy, and Larry McMurtry.” —Craig Johnson, best-selling author of the Walt Longmire Mysteries, the basis for the hit show Longmire

When Silas Van Loy flees home on horseback to avoid capture for his brother’s murder, he is followed by both the police and his brother’s wife, Lena, who is intent on exacting revenge. She reluctantly lets her trusted stable assistant join her in a journey across the wilds of Northern California in the hopes of catching Silas for one final showdown. Stansel follows the chase and shares the story of the brothers’ rise from hardscrabble childhood to their reign as the region’s preeminent horse trainers, tracking the tense sibling rivalry that ultimately leads to the elder’s death.

A “fast-paced, moving narrative in which family loyalty is tested, broken, and redeemed in unexpected ways,”* The Last Cowboys of San Geronimo will satisfy fans of Kent Haruf, Charles Portis, Molly Gloss, and Smith Henderson, and establish Stansel as a new voice in this grand tradition.