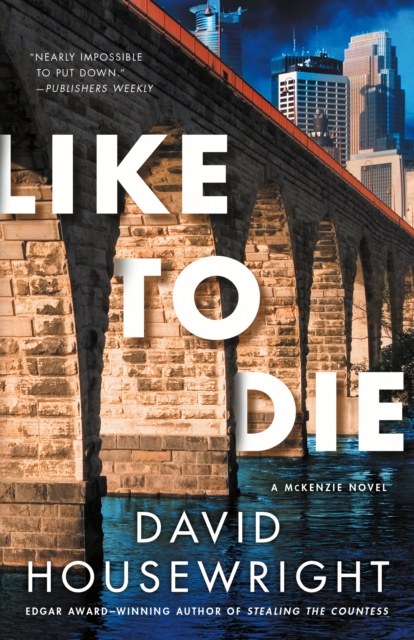 A seemingly simple investigation, done as a favor for a friend, takes McKenzie down a dark and twisted path in the next mystery in David Housewright's award-winning series.

Once a police detective in St. Paul, Minnesota, Rushmore McKenzie has become an unlikely millionaire and an occasional unlicensed private investigator, doing favors for friends. The favor, this time, is for a friend of a friend--Erin Peterson, a local business person and owner of a growing food company called Salsa Girl. Someone seems to have a beef with her: the outside locks on her factory having been systematically filled with superglue. But for some reason, Erin doesn't want to report this harassment to the police. As a favor to his poker buddy and hockey teammate Ian, McKenzie agrees to stop by and chat with Erin.

At first Erin denies there's anything going on and then, when the harassment escalates and threatens her business, she also asks for McKenzie's help. The further McKenzie digs into the situation, the more complicated--and deadly--it becomes. And somewhere, in the middle of it all, is Erin, playing all sides against the middle, leading McKenzie to wonder if you ever really know who your friends are.