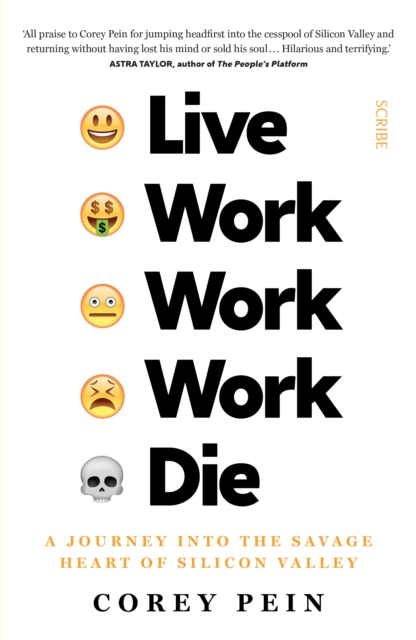 ‘Under the latest iteration of the American Dream, if you aren’t a billionaire yet, you haven’t tried hard enough.’

At the height of the startup boom, journalist Corey Pein sets out for Silicon Valley to make his millions. Plunging headfirst into entrepreneur culture, he joins the thousands of other — mostly white, male — nerds all hoping to become the next Steve Jobs or Mark Zuckerberg.

But as he moves from overpriced flat to overpriced tent, lines up at tech conferences where white supremacists spout hatred disguised as innovation, and watches desperate would-be entrepreneurs pay to pitch their ideas to billionaire investors, Pein discovers that the positive, feel-good self-image that the tech tycoons have crafted is a lie.

Live Work Work Work Die is a scathing exploration of Silicon Valley tech culture, depicted from the inside. It vividly deconstructs the ultra-libertarian agendas of high-tech leaders and their urgers and acolytes, revealing their insidious visions for our future.