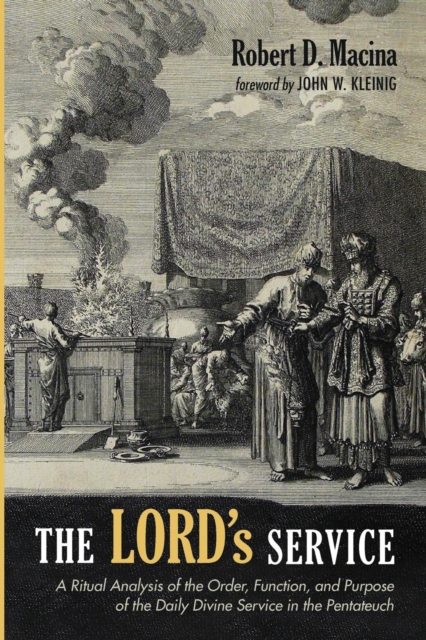 Worship in the Old Testament has been frequently misunderstood. Its rites and ceremonies are often perceived as legalistic works that were required by an angry God to gain his favor or avert his wrath. But is that really what the Bible teaches? To be sure, the LORD did institute the divine service in the Old Testament with all of its laws, rites, and ceremonies. Yet did God do this in order to be appeased or pleased by the ancient Israelites? When the priests enacted the offerings and sacrifices at the sanctuary, was it merely to do good works that God required but without meaning or purpose for his people? Was worship in the Old Testament always what the people did for the LORD or did God do anything that was beneficial to the Israelites? This book answers these questions and, furthermore, dispels the recurring misinterpretation of worship in the Old Testament. The LORD established the divine service in the Pentateuch not to receive what he demanded from the people of ancient Israel, but, on the contrary, to cleanse them from their sinful impurities, sanctify them to share in his holiness, and dwell among them with his blessing. ""Through detailed and methodical ritual analysis, Robert Macina leads his readers on an engaging tour of Israel's divine service with burnt offerings every morning and evening as prescribed and described in the Pentateuch. Macina helpfully unpacks its theological function as YHWH purifies and sanctifies his people, joining scholars of the caliber of Haran, Milgrom, and Kleinig in recovering this often-neglected yet theologically central subject of Old Testament study."" --Adam D. Hensley, Australian Lutheran College, University of Divinity ""Dr. Macina provides an exquisite analysis of neglected texts. His insightful exegesis of ritual legislation demonstrates that God instituted the daily service for the purpose of meeting his people to purify and sanctify them by the removal of their sin and the bestowal of his own holiness. This service was neither a mechanistic nor a meritorious human ritual, but the LORD's, proffering the same grace as the Divine Service in the Christian church."" --Christopher Mitchell, Saint Louis, Missouri Robert D. Macina is pastor at Risen Christ Lutheran Church in Arvada, Colorado. He studied at Clarendon College, Texas; Concordia University Texas, Austin; Concordia University Nebraska, Seward; Concordia Theological Seminary, Fort Wayne; Australian Lutheran College, Adelaide, SA; and University of Divinity, Kew, VIC, Australia. He has written articles and has taught seminary as an associated faculty. He and his wife, Tracy, have three children: Daniel, Mark, and Rebekah.
AutorMacina, Robert D
EdituraPickwick Publications
Dimensiuni152 x 229 x 20
Data Publicarii26/06/2019
Format Necartonata
Numar pagini270
Aceasta este o carte in limba engleza. Descrierea cartii (tradusa din engleza cu Google Translate) este in limba romana din motive legale.
Ai adaugat LORD's Service in cosul de cumparaturi.