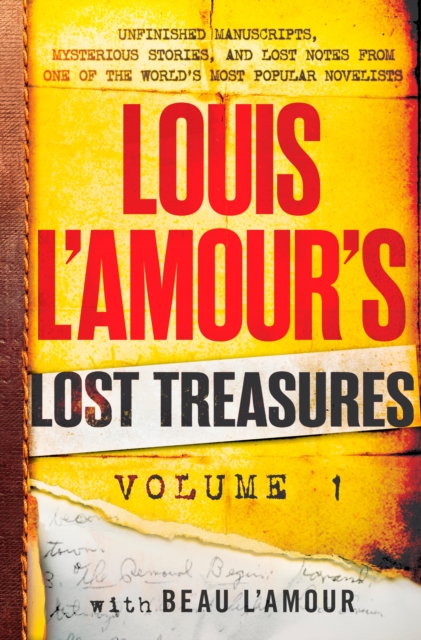 Twenty-one unfinished projects from one of the twentieth century's most popular and prolific writers, lovingly reconstructed by the author's son

Delving deep into the creative process of an American original, the Louis L'Amour's Lost Treasures project brings to light complete, unpublished novels as well as the hidden story behind the most mysterious and ambitious of his works. In this first collection, Beau L'Amour presents nearly two dozen never-before-seen drafts, using his father's handwritten notes, journal entries, and correspondence, along with his own memories, to provide biographical context and speculate on how the pieces might have ended.

The scope of these selections celebrates L'Amour's vision and virtuosity, including variations on the traditional Western--the first seven chapters of a powerful novel about the Cherokee Trail of Tears and a story of the American Revolution featuring a character who may be one of L'Amour's well-known Sackett family. At the other end of the spectrum are classic adventures, such as The Golden Tapestry, set in 1960s Istanbul, as well as several uniquely different attempts at what would have been the most profoundly intimate of all of L'Amour's novels, a saga of reincarnation that stretches from a time before time to the period of Alexander the Great, and on to Warlord-Era China.

Illustrated with rare photographs and copies of handwritten notes, this book reveals the L'Amour you have never known, his personal struggles as a writer, and the contest between mortality and a literary legacy too big for one life to contain.