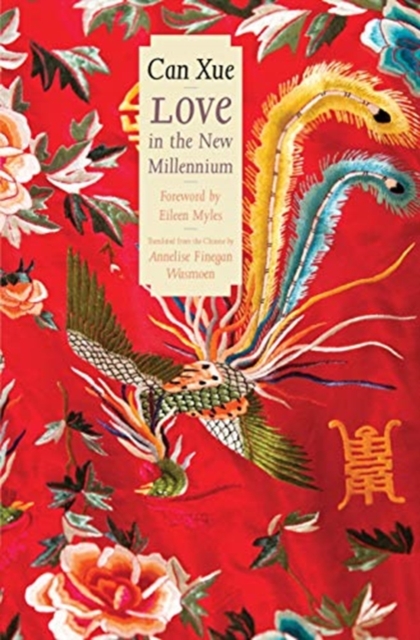 Love in the New Millennium

In this darkly comic novel, a group of women inhabits a world of constant surveillance, where informants lurk in the flower beds and false reports fly. Conspiracies abound in a community that normalizes paranoia and suspicion. Some try to flee—whether to a mysterious gambling bordello or to ancestral homes that can be reached only underground through muddy caves, sewers, and tunnels. Others seek out the refuge of Nest County, where traditional Chinese herbal medicines can reshape or psychologically transport the self. Each life is circumscribed by buried secrets and transcendent delusions.

Can Xue’s masterful love stories for the new millennium trace love’s many guises—satirical, tragic, transient, lasting, nebulous, and fulfilling—against a kaleidoscopic backdrop of commerce and industry, fraud and exploitation, and sex and romance drawn from the East and the West.