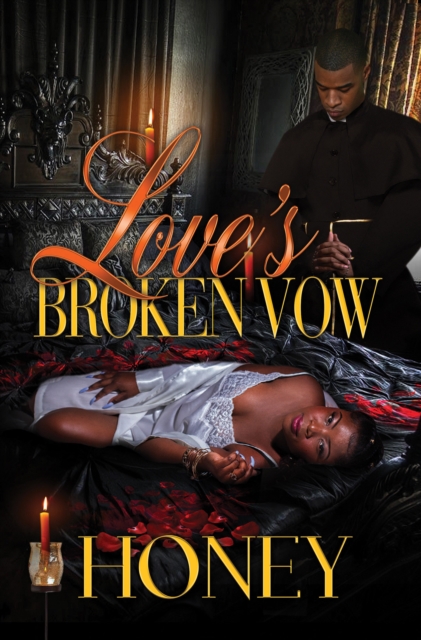 Nicholas Gregory is everything any woman could ever wish for in a man. He's towering in height, with a gorgeous chocolate complexion. Throw in the facts that he's sexier than homemade sin and gainfully employed, and there's no doubt he's a certified keeper. So, why at age twenty-nine is he childless and a virgin? Stricken by a severe case of lust, Nicholas asks himself the same questions when he meets the irresistible Royce Phillips, a nurse turned health-and-fitness mogul. Her chance emergence into his world is more catastrophic than any natural disaster.

For the first time in his life, Nicholas rethinks the decision he made as a little boy to become a Catholic priest. The raw essence of Royce causes him to long for romantic love and the intimate touch of a woman--both forbidden pleasures he's vowed to never partake of. And Royce isn't spiritually strong enough to lead him not into temptation.

Now, fully indulged in the most sizzling secret affair of all time, Nicholas is living a double life. He's a righteous man in the pulpit, preaching to his flock, but night after night, he's anything but holy in Royce's bed. The young priest is torn between his vow to God and his love for this woman who has grown tired of being his part-time lover. She wants more. She wants it all.

So, Nicholas is forced to choose between the church and the love of his life. Heartbroken, Royce must learn to live without the man who made her feel born again, and a tiny, unexpected blessing gives her the inspiration to do just that. But while Royce embraces the next phase of her life, Nicholas realizes he can't live without her. He takes a leap of faith, placing love before tradition.

Happily together at last, tragedy tests the strength of their bond. Nicholas believes they're being punished for the decision he made. He makes a new vow to God in exchange for a miracle, and this time, it's a vow he plans to keep forever.