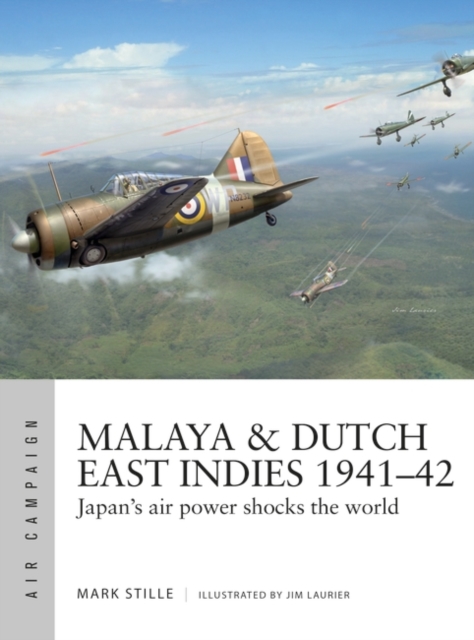 This illustrated study explains how Japan's all-conquering air forces spearheaded the invasions of Malaya and the Dutch East Indies and stunned the defending British, Dutch, and American forces.

Japan's attack on Pearl Harbor in 1941 was quickly followed by a rapid invasion of Malaya, a plan based entirely on the decisive use of its airpower. While the British was inadequately prepared, they likewise relied on the RAF to defend their colony. The campaign was a short match between Japanese airpower at its peak and an outgunned colonial air force, and its results were stunning.

The subsequent Dutch East Indies campaign was even more dependent on airpower, with Japan having to seize a string of island airfields to support their leapfrog advance. Facing the Japanese was a mixed bag of Allied air units, including the Dutch East Indies Air Squadron and the US Far East Air Force. The RAF fell back to airfields on Sumatra in the last stages of the Malaya campaign, and was involved in the last stages of the campaign to defend the Dutch colony.

For the first time, this study explores these campaigns from an airpower perspective, explaining how and why the Japanese were so devastatingly effective.