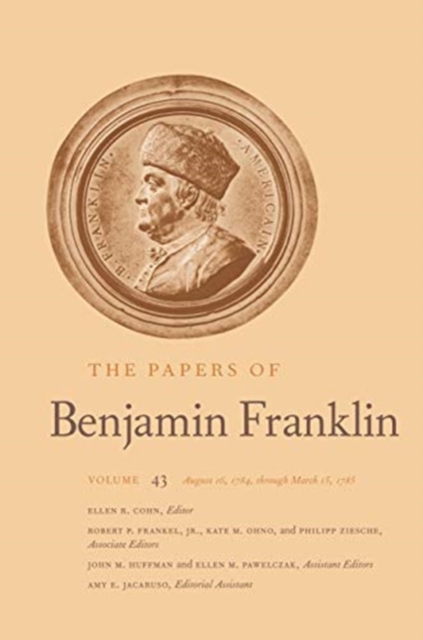 The forty-third volume of the collected writings and correspondence of the American statesman, ambassador, and Founding Father Benjamin Franklin

In late August, 1784, Franklin, John Adams, and the newly arrived Thomas Jefferson began their congressional commission to negotiate treaties of amity and commerce with twenty nations. Of the countries they approached, only Prussia entered into negotiations. The Americans sent Prussia a treaty proposal based on the draft treaty that Franklin had negotiated with Denmark the previous year but which Congress had not acted upon. Jefferson rearranged the articles and simplified their language. To the two unprecedented humanitarian articles that Franklin had crafted in 1782, the American commissioners added a third, guaranteeing humane treatment of prisoners of war. Frederick II, understanding their historic nature, quickly approved the new articles. Also during the period of this volume, from August 16, 1784, through March 15, 1785, Franklin permitted his grandson Temple to visit his Loyalist father in London, apprenticed his younger grandson Benny to a type founder, invented a novel kind of sailboat, inspired a new musical instrument, and entertained the first aeronaut to cross the English Channel in a balloon. As the volume ends, John Jay writes a letter informing Franklin that his recall has finally been approved.