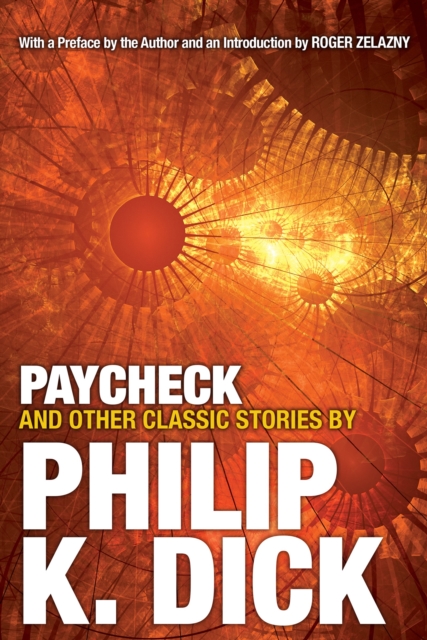 Paycheck and Other Classic Stories By Philip K. Dick

Readers worldwide consider Philip K. Dick to have been the greatest science fiction writer on any planet. Since his untimely death in 1982, interest in Dick's works has continued to mount, and his reputation has been enhanced by a growing body of critical attention. The Philip K. Dick Award is now presented annually to a distinguished work of science fiction, and the Philip K. Dick Society is devoted to the study and promulgation of his works.

This collection draws from the writer's earliest short and medium-length fiction (including several previously unpublished stories), written during the years 1952-1955, and features such fascinating stories as Paycheck (adapted as a major motion picture starring Ben Affleck and Uma Thurman), Beyond Lies the Wub, The Short Happy Life of the Brown Oxford, The Variable Man, and many others. Here, readers will find Dick's initial explorations of the themes he so brilliantly brought to life in his later work.

Dick won the prestigious Hugo Award for the best novel of 1963 for The Man in the High Castle. In the last year of his life, the film Blade Runner was made from his novel Do Androids Dream of Electric Sheep? More recently, Dick's short story The Minority Report inspired Steven Spielberg's movie of the same title.