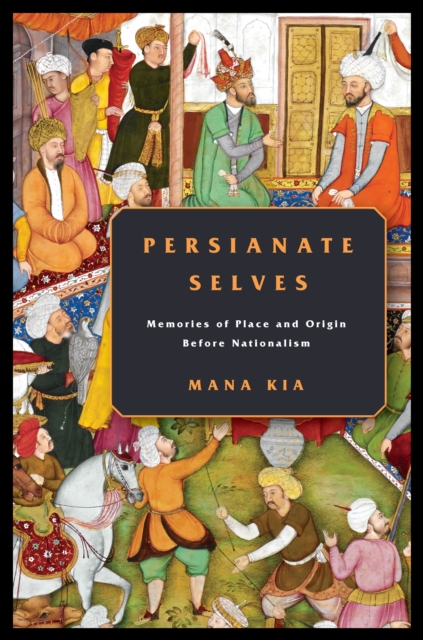 For centuries, Persian was the language of power and learning across Central, South, and West Asia, and Persians received a particular basic education through which they understood and engaged with the world. Not everyone who lived in the land of Iran was Persian, and Persians lived in many other lands as well. Thus to be Persian was to be embedded in a set of connections with people we today consider members of different groups. Persianate selfhood encompassed a broader range of possibilities than contemporary nationalist claims to place and origin allow. We cannot grasp these older connections without historicizing our conceptions of difference and affiliation.

Mana Kia sketches the contours of a larger Persianate world, historicizing place, origin, and selfhood through its tradition of proper form: adab. In this shared culture, proximities and similarities constituted a logic that distinguished between people while simultaneously accommodating plurality. Adab was the basis of cohesion for self and community over the turbulent eighteenth century, as populations dispersed and centers of power shifted, disrupting the circulations that linked Persianate regions. Challenging the bases of protonationalist community, Persianate Selves seeks to make sense of an earlier transregional Persianate culture outside the anachronistic shadow of nationalisms.