The Poison Flood is a timely and important novel."--Ron Rash

A captivating, gritty, and tender story of a reclusive musician and the "> Poison Flood
Pagina principala Poison Flood 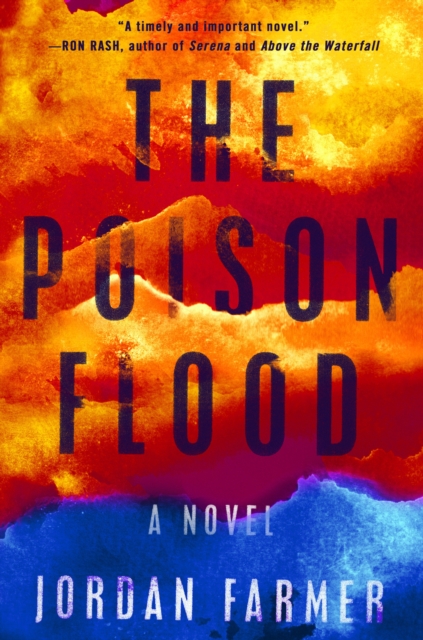 "The Poison Flood is a timely and important novel."--Ron Rash

A captivating, gritty, and tender story of a reclusive musician and the environmental disaster that threatens his small town and changes his life forever.

Hollis Bragg lives on the fringes. The hunchbacked son of a West Virginia hill preacher, he now resides in rural isolation next to the burned-out husk of his father's church, and earns his living ghostwriting songs for a popular band that left the poverty and corruption of Appalachia and never looked back. It's the life he prefers, free from the harsh glare of the spotlight and attachments that lead only to heartbreak.

Then, much to his consternation, he's discovered by Russell Watson, a local musician and fan who also happens to be the rebellious son of the local chemical company magnate. When a devastating toxic spill at the Watson chemical plant poisons the local water, it sets off an unpredictable series of events as Hollis witnesses a murder, faces a shocking betrayal, and begins to come to terms with his body and his past. Soon Hollis will find that in losing his anonymity and reclaiming his music, he can transform his future; and in opening himself up to the world, he might find redemption.