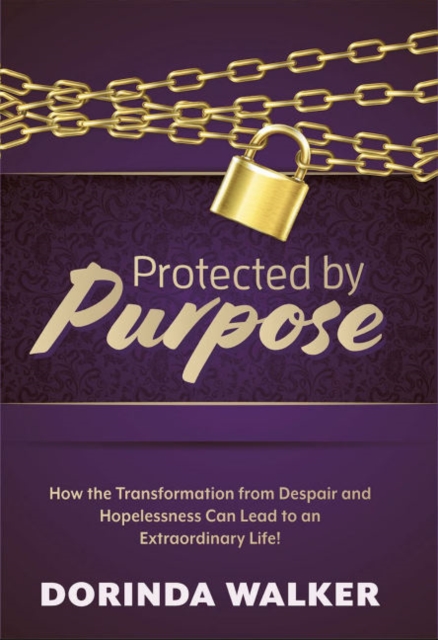 In her new book, Protected by Purpose, Dorinda Walker reveals her onerous childhood experiences, triumphs and life lessons providing a compelling real-life narrative that validates the power of unconditional love, the process of forgiveness, and embracing faith to not only survive, but to overcome and lead a fulfilling life of purpose.

Dorinda faced harsh, painful, and often unfair circumstances early in her life which seemed too great to overcome. She was born into a dysfunctional family of parents who succumb to the Heroin epidemic of the 1970’s. Dorinda suffered the consequences of her parent’s addiction, being physically and mentally abused by her mother’s boyfriend, heartbroken by the imminent death of her father after being diagnosed with the A.I.D.S virus, and her mother’s struggle to conquer her battle with drug addiction.

Dorinda’s inability to cope resulted in an enraged young woman with low self-esteem, no moral value or integrity and no hope, dropping out of high school, becoming a drug dealer, sexual promiscuity with much older men and attempting suicide twice—all before the age of 18.

Dorinda’s life was spiraling out of control. Then, she experienced a few life-altering experiences, including being pressed against a wall and while being frisked by the police outside of the projects, a voice in her head said, “You’re going to be 18 in two weeks. You’re either going to die or go to jail.” It was the sign Dorinda needed to take the step to leave her problematic life behind and embrace faith in God.  This belief did not stem from a religious upbringing, but from an ingrained knowledge of His existence.

She outlines how she came to understand that she was worthy of living a life of peace, joy and prosperity, and how she found the courage to put in the work with fortitude to change her circumstances to persevere and become a successful award winning Corporate Executive for a Fortune 50 Company.

What’s most inspiring about her story is the unconditional love and healing she and her mother cultivated despite the odds against them, demonstrating a compelling revelation on the power of forgiveness. The fuel that enabled Dorinda to let go of the shame and disappointment of her past, to rise above and embrace the power she had within.