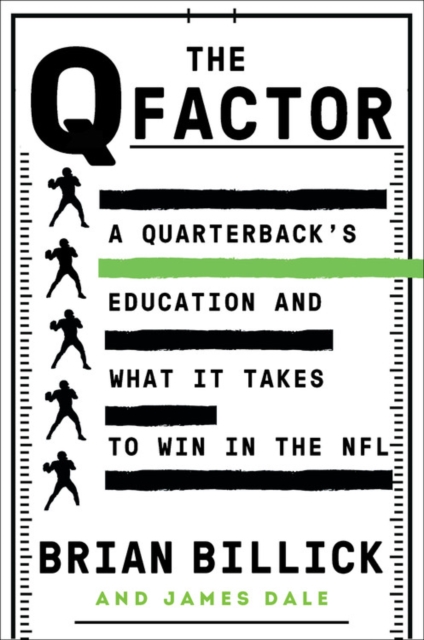 Brian Billick, former NFL coach and current analyst for the NFL network, takes on the 2018 draft class of quarterbacks and follows them for two years in an attempt to identify the tangibles and intangibles that go into making a franchise QB.

There are elite athletes in every sport -- people who possess tangible and intangible qualities that allow them to overcome daunting odds, spot opportunity in the midst of adversity, and turn defeat into victory. No position embodies this dynamic more than football quarterbacks, and nothing is a greater test of performance than the NFL.

The tangibles -- metrics, stats, ratings, bowl games, championships -- are critical to evaluation. But they're not enough. Every year, highly-rated college quarterbacks are analyzed, critiqued, hyped up and/or doubted, and those who manage to survive the scrutiny are drafted early. Some of those early picks make it to the top, some end up journeymen, and some just wash out. Why? What separates the elites from the pack? What are the intangibles? Why does a player who can throw a football through a small target 50 yards away fall short in the NFL while another with similar, or even lesser measurable stats, surpasses the others? What defines leadership? Why is drafting a successful, starting NFL quarterback at best a 50-50 proposition?

In The Q Factor, former NFL coach Brian Billick takes the highly promising 2018 NFL Draft class -- the most touted class since 2004 (Manning, Roethlisberger, Rivers) and 1983 (Elway, Kelly, Marino) -- and measures the top five quarterback picks to gauge how and why they succeed where others fall short. They are all first-rounders, all with sterling college credentials, all talented athletes, all taken by teams betting their futures. One or maybe two could go on to greatness. But which ones, and why? Could the prediction process be better? Are the "experts" looking at the wrong factors? How do we find the best of the best?

That's what The Q Factor explores . . . and finally explains.