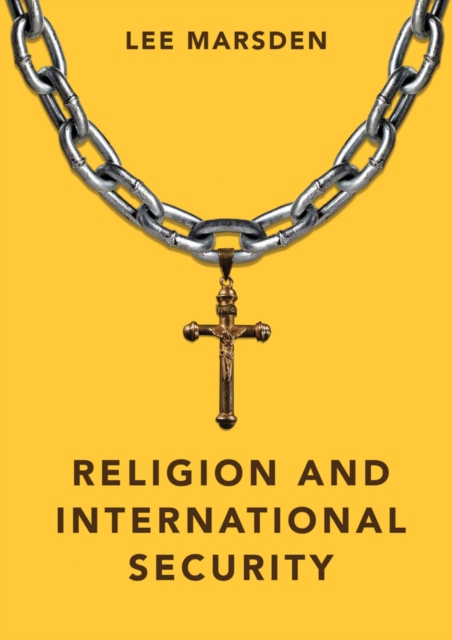 Religious violence is on the rise globally. Hardly a day passes without news of a vicious attack being carried out in the name of religion. Religion can, of course, bring security to many but its perversion leads to insecurity for all. Why is this? How and why do so many claim to act on God's behalf to inflict deliberate human suffering?

In Religion and International Security Lee Marsden explores the return of religion as a major cause of insecurity in the contemporary world. He guides readers through the different theoretical perspectives surrounding the study of religion and security, arguing that the secular bias that marginalized the role played by religion in recent times must change to reflect the realities of the emerging post-secular international order. Packed with examples from around the world, the book offers a thoughtful and nuanced exploration of religion and security through key themes such as religiously motivated and inspired terrorism and warfare, the human security of women and gay people in religiously dominated communities, and the capacity for religious communities and leaders to heal conflict through peacebuilding. For those who would rather deny a role for religion when considering security, the genie is truly out of the bottle. This book seeks to understand this phenomenon and how to come to terms with it.