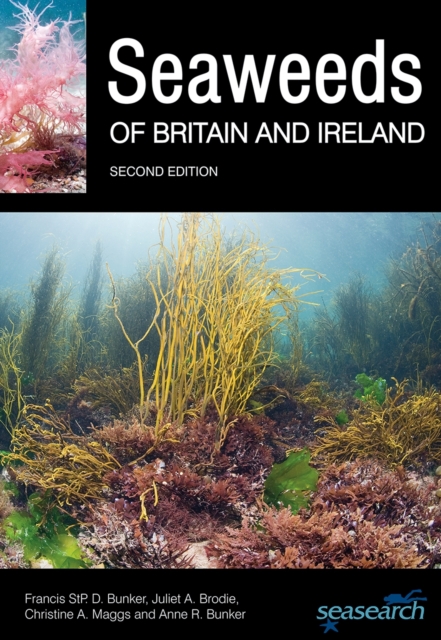 The cool temperate waters of the British and Irish seas contain an astonishing 6% of the world's algal species, more than 600 different seaweeds, and yet most divers, snorkellers and rockpoolers can put names to only a handful of them.

The first edition of Seaweeds of Britain and Ireland has proved invaluable to an enormous number of people, not just volunteer Seasearch divers and snorkellers, and this eagerly awaited second edition will no doubt prove to be equally as popular. The aim of this book is to introduce the reader to the wonderful marine environment around Britain and Ireland, and improve identification of the wealth of seaweeds so often overlooked.
Features of the new edition include:

● Over 230 species described in detail with colour photographs, information on size, habitat and distribution maps
● Over 50 new species, many with information on how to identify to species level using microscopic features
● Key distinguishing features and areas of identity confusion highlighted
● Colour and form used to group species and aid identification using dichotomous keys
● Details of life histories and reproductive processes for the main seaweed groups
● Both scientific and English names used for species and groups
● A glossary of common and specialised terms