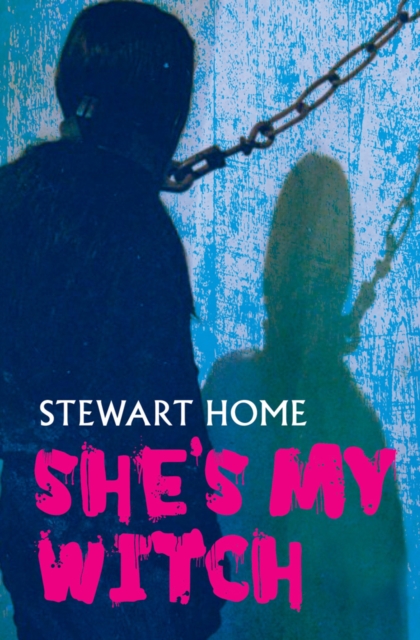 Strange things happen on social media, such as the almost chance encounter between a London born-and-bred fitness instructor and a drug-fuelled Spanish witch. At first Maria Remedios and Martin Cooper share their love for super-dumb two-chord thud in private messages, but when they meet magic happens.
Maria knows that she and Martin have been lovers before and sets out to convince the former skinhead that her occult beliefs aren’t just bollocks. As the two meet in budget pubs and coffee bars to discuss everything from tarot to cult film, ongoing austerity and riots signify the unbridgeable gap between their lives and that of London's wealthy elite. As Martin gets ever closer to Maria, she constantly surprises him by detailing different aspects of her past – such as running a bar for a criminal motorcycle gang in Valencia, her seven-year stint as a professional dominatrix and a decades-long struggle with heroin.

Even wilder than Maria's tales of teenage drug dealing and murder on Spain’s notorious Ruta Destroy party scene are her accounts of other times she's spent with Martin. Maria insists that in some of their past lives together she was the man and Martin the woman, in others they both had the same gender, but every time they reincarnate they are destined to meet so that they can realise themselves through sexual mysticism and mind-blowing orgasms. In one notable past encounter they had a gay relationship as twelfth-century members of the Knights Templar at Montesa Castle in the hills inland from Valencia.

On the surface an unlikely couple, Martin and Maria have different but complimentary flaws and before long can’t live without each other and the bizarre sexual rites they indulge in together. She’s My Witch is a dark romance with an incendiary conclusion written to reflect today's online world, the tragedy of the opioid epidemic, and a resurgent interest in the occult and kink.