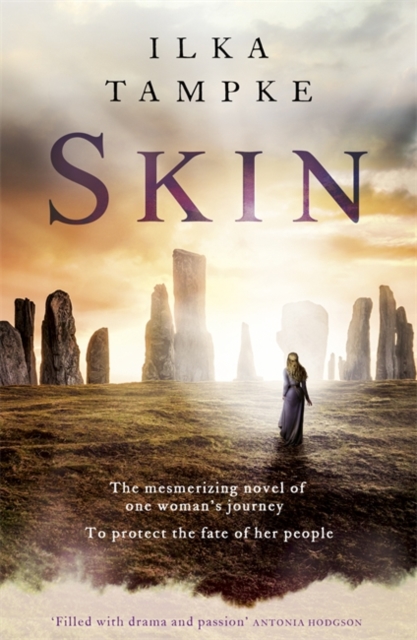 Skin: a gripping historical page-turner perfect for fans of Game of Thrones

SKIN is a full-blooded debut which invokes the epic storytelling of George R. R. Martin's Game of Thrones, the rich historical detail of Madeline Miller's Song of Achilles, and the genre-transcending magic of Jean M. Auel's Clan of the Cavebear.

'A visceral tale of ritual, magic and violence' - The Sunday Times

Ailia has never truly belonged, for she has no totem, no 'skin'. Without skin, she is not allowed to learn the traditions of her ancestors, or to marry.

But this is Celtic Britain, and the dark power of the Roman Empire is gathering in the distance.

As Ailia's people prepare to face a brutal enemy and an uncertain future, it is Ailia who must embrace the extraordinary power which lies within her... and who must stand, alone, to protect the people she loves from the end of everything they've ever known.