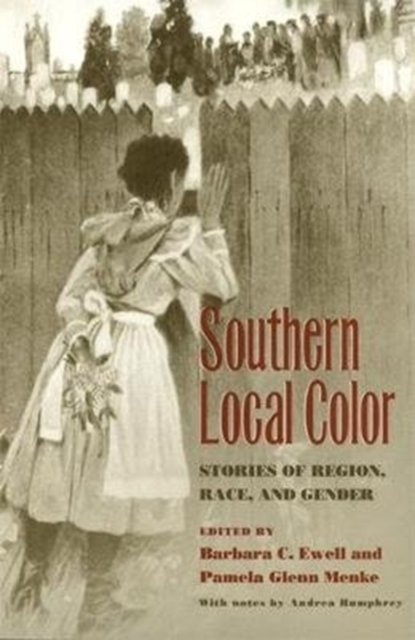 Conflict, exoticism, sensuality, eccentricity, and the sheer differences of the American South pervade this lively anthology, the first in fifty years to focus exclusively on the nineteenth-century tradition of southern local color. Its thirty-one stories, spanning the 1870s through the early 1900s, represent some of the best southern fiction to appear during the great flowering of American local color writing.

The fifteen authors included here are those most admired by their contemporaries. Modern readers may recognize Kate Chopin, author of The Awakening; Charles Chesnutt, the courageous and gifted African American writer; or Joel Chandler Harris, whose Uncle Remus and Br'er Rabbit tales have remained continually in print. However some authors like suffragist Sarah Barnwell Elliott, are virtually unknown today, while others, like African Americans Paul Laurence Dunbar and Alice Dunbar-Nelson, are known primarily as poets or diarists.

The editors' extensive introduction locates the stories in the context of contemporary and current history and culture, and each selection of tales begins with detailed information on the author. Also included are bibliographies and extensive notes. Showcasing the many styles, topics, and settings of southern local color, the anthology reconnects us to an unjustly neglected literary tradition. As the editors make clear, such tales of the South were essential to post-Civil War America's struggle to address--yet contain--cultural and geographic variety, racial mixtures, and the just clamor of women and African Americans for equality.

From George Washington Cable's New Orleans to Thomas Nelson Page's Tidewater Virginia to the Appalachians imagined by Sherwood Bonner, these stories engage nation-shaping themes--war, segregation, immigration, depression, and suffrage--at the personal and community levels. In Southern Local Color we have a unique forum for pondering a timeless American question: how to reconcile our diversities with a unified national identity.