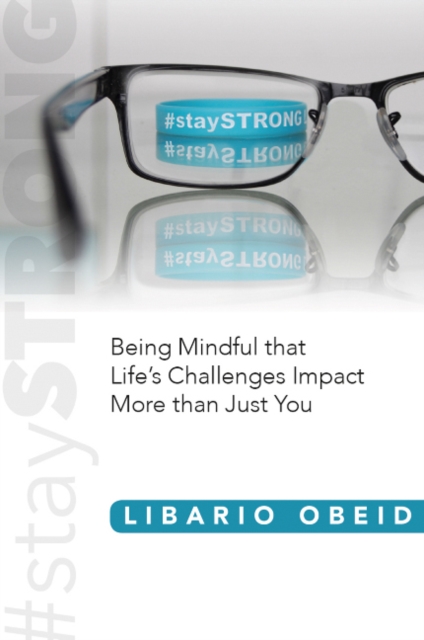 What do you do, when a medical diagnosis rips your entire world apart -- especially when you're only 17? This is what Lib Obeid faced, when at the top of his high school tennis game (one of the best in the state of Pennsylvania), with preparations for college and medical school practically complete, when the pain in his shoulder, the increasing pressure and pain in his chest, as well as the onset of debilitating fatigue, found him receiving a diagnosis of Stage IV Mediastinal Non-seminomatous germ cell cancer. Originally misdiagnosed as allergies, as the disease progressed, the symptoms and the associated pain all increased. What happened next shocked even the attending physicians.

Various tests, and eventual scans revealed what appeared to be a mass in Lib's chest, near his heart. While Lib was locally anesthetized (not unconscious due to issues over blood pressure) and a biopsy conducted. Able to feel his chest being cut into, Lib rode the waves of pain and fear, until the sample was retrived. What was discovered was a tumor, the size and weight of a premature baby, wrapped around his heart, placing extreme pressure on on of his lungs, extending upward into his left shoulder.

This was followed by open-heart surgery to unwrap and remove the tumor, in one piece, from Lib's chest and shoulder. As successful as the surgery was, he still faced months of intense chemotherapy. The rollercoster rie was maddening -- on Lib, not to mention his immediate family and close, close friends. It was during this lenghty period of treatment and therapies and rehabilitation that Lib came to realize the immense impact that his challenges were having on all these other people. As a result of the closeness of these many people, and his intense desire to continue his own personal interest in working with cancer patients -- especially children, that Lib rededicated himself and his life to doing all that he could to serve the pediatric cancer population.

Today, Lib Obeid speaks to audiences of all sizes and age spreads, about his experiences and those of his family and friends. He stresses the importance of being mindful of the overpowering pressure that an individual's chllenges place on those nearest and dearest around them. As he often tells his audiences, "When you are diagnosed with 'something' -- 'anything' -- those closest to you are also diagnosed.

In the future, Lib may go on to medical school. That is yet to be determined. However, when first blitzed by his cancer, rather than roll over and play dead, Lib decided to persue college. He got his Bachelor's, and shortly afterward, got his MBA -- all by the time he was 22. And rather than sit at home and play video games, he took his MBA and went to work for Dunn & Bradstreet -- all while continuing his personal battle with cancer. Keeping all of this in mind, it is his goal to one day open pediatric cancer centers that take the child from diagnosis through treatment (of all kinds), any necessary chemo or radiation, through rehabilitation -- all in a single facility expressly designed with kids in mind. From computers and video game players, to a cafeteria providing 'kid food,' to a movie theater, showing first-run features for kids and families, and age-appropriated living quarters.

As part of his ongoing efforts to stay healthy and fight any remission, Lib teach and coaches tennis one-on-one and through clinics to young people in Allentown, PA. He regularly attends clincis, such as the IMG Academy Bollettieri to keep his own edge in the game he loves so much.