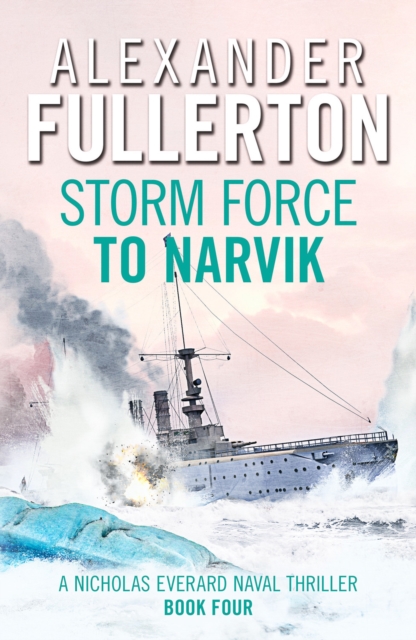 Everard is plunged into action in WW2

British Captain Nick Everard's destroyer is crippled by Nazi gunfire in the German invasion of Norway. Nothing seems able to stop the advance across Europe and the Royal Navy is in a tight situation.

Desperately attempting to repair his ship hidden in a remote fjord, Everard is unaware that his son is part of an Allied naval flotilla converging on Norway, and the two are fated to join forces in a deadly arctic battle.

Moving into a new and explosive phase of Everard’s career, Storm Force to Narvik takes us deep into the action and danger of the Second World War.