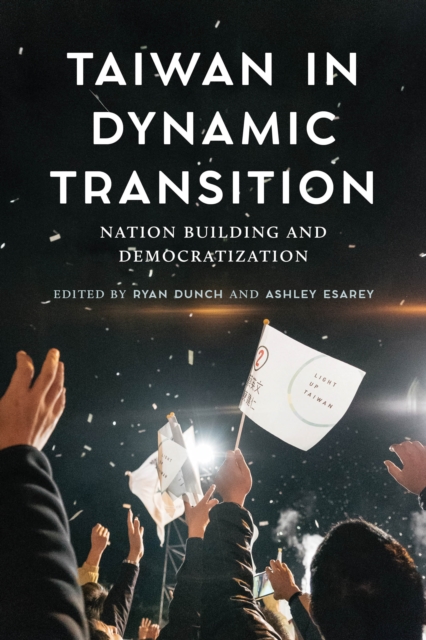 Following a remarkable transition from authoritarian rule to robust democracy, Taiwan has grown into a prosperous but widely unrecognized nation-state for which no uncontested sovereign space exists. Increasingly vigorous assertions of Taiwanese identity expose the fragility of relationships between the United States and other great powers that assume Taiwan will eventually unite with China.

Perhaps because of their precarious international position, the Taiwanese have embraced cosmopolitan culture and democratic institutions. The 2014 Sunflower Movement thrust Taiwan's politics into the global media spotlight, as did the resounding electoral victory of the once-illegal Democratic Progressive Party in 2016.

Taiwan in Dynamic Transition provides an up-to-date assessment of contemporary Taiwan, highlighting Taiwan's emergent nationhood and its significance for world politics. Taiwan's path has important implications for broader themes and preoccupations in contemporary thought, such as consideration of why political transitions in the aftermath of the Arab Spring have sputtered or failed while Taiwan has evolved into a stable and prosperous democratic society. Taiwan serves as a test case for nation and state building, the formation of national identity, and the emergence of democratic norms in real time.