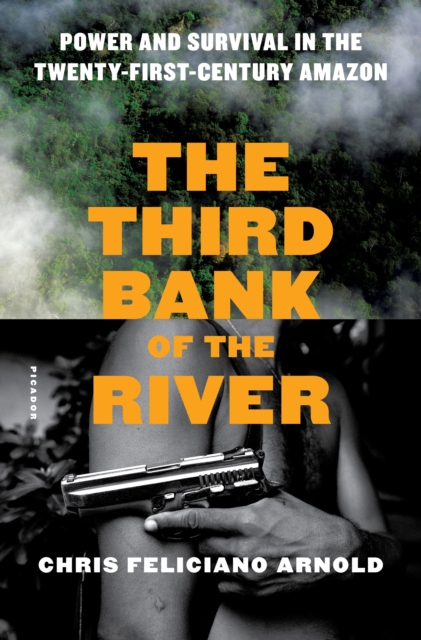 Third Bank of the River

A sweeping look at the war over the Amazon--as activists, locals, and indigenous tribes struggle to save it from the threat of loggers, drug lords, and corrupt cops and politicians

Following doctors and detectives, environmental activists and indigenous tribes, The Third Bank of the River traces the history of the Amazon from the arrival of the first Spanish flotilla to the drones that are now mapping unexplored parts of the forest. Grounded in rigorous firsthand reporting and in-depth research, Chris Feliciano Arnold reveals a portrait of Brazil and the Amazon that is complex, bloody, and often tragic.

During the 2014 world cup, an isolated Amazon tribe emerged from the rain forest on the misty border of Peru and Brazil, escaping massacre at the hands of loggers who wanted their land. A year later, in the jungle capital of Manaus, a bloody weekend of reprisal killings inflame a drug war that has blurred the line between cops and kingpins. Both events reveal the dual struggles of those living in and around the world's largest river. As indigenous tribes lose their ancestral culture and territory to the lure and threat of the outside world, the question arises of how best to save isolated tribes: Keep them away from the modern world or make contact in an effort to save them from extinction? As Brazil looks to be a world leader in the twenty-first century, this magnificent and vast region is mired in chaos and violence that echoes the atrocities that have haunted the rain forest since Europeans first traveled its waters.