Pagina principala Towards a New Architecture 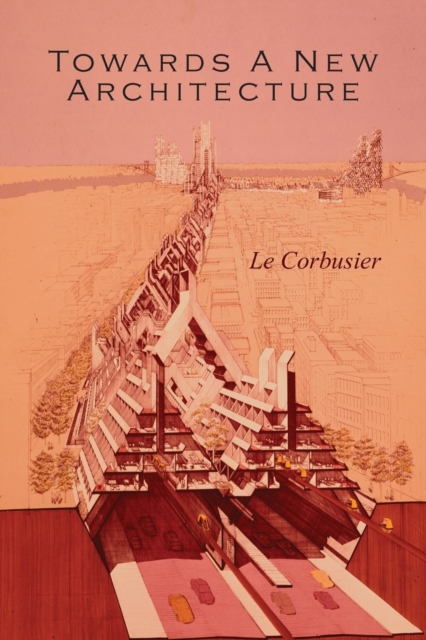 Towards a New Architecture

2014 Reprint of 1927 Edition. Full facsimile of the original edition, not reproduced with Optical Recognition Software. This classic work is a collection of essays written by Le Corbusier advocating for and exploring the concept of modern architecture. The book has had a lasting effect on the architectural profession, serving as the manifesto for a generation of architects, a subject of hatred for others, and unquestionably a critical piece of architectural theory. The architectural historian Reyner Banham once claimed that its influence was unquestionably "beyond that of any other architectural work published in this [20th] century to date". That unparalleled influence has continued, unabated, into the 21st century. The polemical book contains seven essays. Each essay dismisses the contemporary trends of eclecticism and art deco, replacing them with architecture that was meant to be more than a stylistic experiment; rather, an architecture that would fundamentally change how humans interacted with buildings. This new mode of living derived from a new spirit defining the industrial age, demanding a rebirth of architecture based on function and a new aesthetic based on pure form.
AutorLe Corbusier
EdituraMartino Fine Books
Dimensiuni155 x 236 x 18
Data Publicarii01/04/2014
Format Necartonata
Numar pagini312
Aceasta este o carte in limba engleza. Descrierea cartii (tradusa din engleza cu Google Translate) este in limba romana din motive legale.
Reeditare 2014 editia 1927. Facsimil complet al editiei originale, care nu este reprodus cu software-ul de recunoastere optica.
Ai adaugat Towards a New Architecture in cosul de cumparaturi.