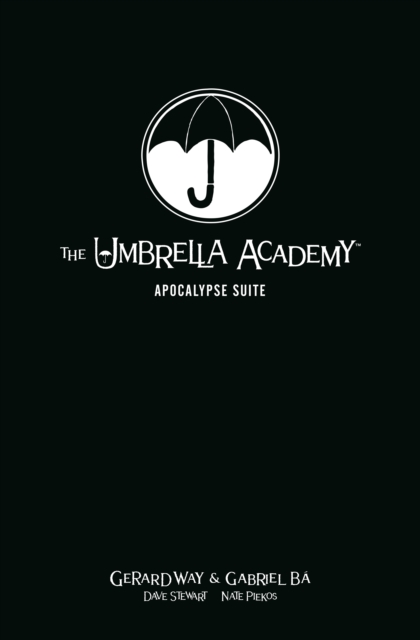 Umbrella Academy is Netflix's most watched show of 2019 with over 45 million viewers and a second season on the way! Catch up on the best selling comic series with this Deluxe Oversized Hardcover collection of the complete first series, Apocalypse Suite , with the short stories "Mon Dieu!" and "But the Past Ain't Through with You," as well as an expanded 50-page sketchbook section featuring work by Gerard Way, Gabriel B�, James Jean, and designer Tony Ong.

In an inexplicable worldwide event, forty-three extraordinary children were spontaneously born by women who'd previously shown no signs of pregnancy.

Millionaire inventor Reginald Hargreeves adopted seven of the children; when asked why, his only explanation was, "To save the world."

These seven children form The Umbrella Academy, a dysfunctional family of superheroes with bizarre powers. Nearly a decade after their first mission, the team disbands, but when Hargreeves unexpectedly dies, these disgruntled siblings reunite just in time to save the world once again.