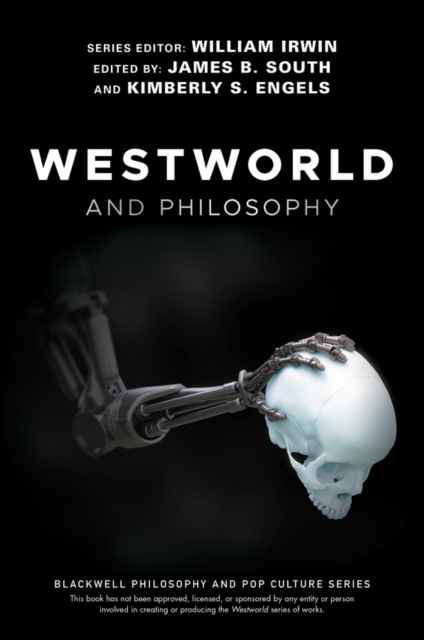 "We can't define consciousness because consciousness does not exist. Humans fancy that there's something special about the way we perceive the world, and yet we live in loops as tight and as closed as the hosts do, seldom questioning our choices, content, for the most part, to be told what to do next."

Have you ever questioned the nature of your reality? HBO's Westworld, a high-concept cerebral television series which explores the emergence of artificial consciousness at a futuristic amusement park, raises numerous questions about the nature of consciousness and its bearing on the divide between authentic and artificial life. Are our choices our own? What is the relationship between the mind and the body? Why do violent delights have violent ends? Could machines ever have the moral edge over man? Does consciousness create humanity, or humanity consciousness?

In Westworld and Philosophy, philosophers, filmmakers, scientists, activists, and ethicists ask the questions you're not supposed to ask and suggest the answers you're not supposed to know. There's a deeper level to this game, and this book charts a course through the maze of the mind, examining how we think about humans, hosts, and the world around us on a journey toward self-actualization. Essays explore different facets of the show's philosophical puzzles, including the nature of autonomy as well as the pursuit of liberation and free thought, while levying a critical eye at the human example as Westworld's hosts ascend to their apotheosis in a world scarred and defined by violent acts.

The perfect companion for Westworld fans who want to exit the park and bend their minds around the philosophy behind the scenes, Westworld and Philosophy will enrich the experience of the show for its viewers and shed new light on its enigmatic twists and turns.