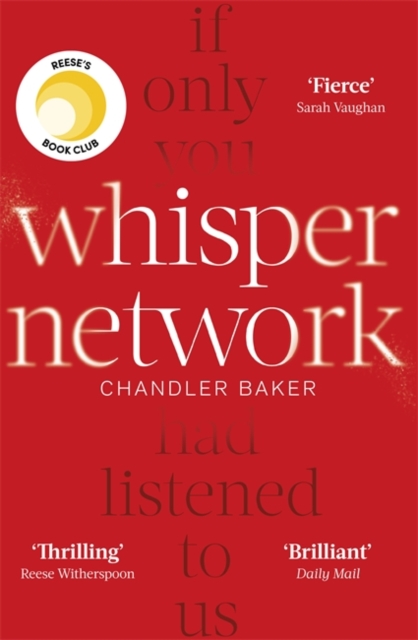 Four women learn their boss (a man who’s always been surrounded by rumors about how he treats women) is next in line to be CEO—what will happen when they decide enough is enough?

Sloane, Ardie, Grace, and Rosalita are four women who have worked at Truviv, Inc., for years. The sudden death of Truviv's CEO means their boss, Ames, will likely take over the entire company. Ames is a complicated man, a man they’ve all known for a long time, a man who’s always been surrounded by...whispers. Whispers that have always been ignored by those in charge. But the world has changed, and the women are watching Ames’s latest promotion differently. This time, they’ve decided enough is enough.

Sloane and her colleagues set in motion a catastrophic shift within every floor and department of the Truviv offices. All four women’s lives—as women, colleagues, mothers, wives, friends, even adversaries—will change dramatically as a result.

"If only you had listened to us,” they tell us on page one, “none of this would have happened."