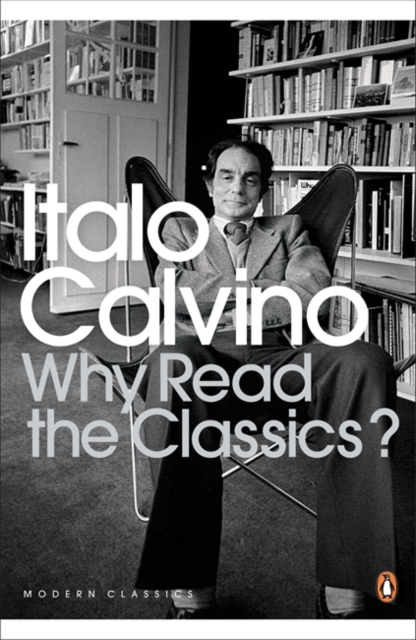 New Memos for the Millennium

Italo Calvino was the Scheherezade of novelists. Endlessly inventive, suspenseful, and exotic, he refused to tie things up and conclude. Reading Calvino, we are like his Mr. Palomar swimming after the sun's reflection on the water: "At every stroke of his, it retreats, and never allows him to overtake it." Instead, "The swimming ego of Mr. Palomar is immersed in a disembodied world, intersections of force fields, vectoral diagrams, bands of position that converge, diverge, break up."
Calvino's world is a warm, illuminated bath of possibilities. One of the multiple narrators of If on a Winter's Night a Traveler has this to say about what Calvino termed multiplicity: "I'm producing too many stories at once because what I want is for you to feel, around the story, a saturation of other stories that I could tell and maybe will tell&a space full of stories that perhaps is simply my lifetime." If on a Winter's Night a Traveler is a book especially reminiscent of the 1001 nights; with its ten different novels suspended in the midst of their telling, it is most charming where it ought to be most frustrating.

But whereas Scheherezade told her Sultan endless stories in order to preserve her life, some of Calvino's best work has been published since his death in 1985. Both Six Memos for the Millennium, a brilliant résumé of his aesthetics, and the novel Mr. Palomar were published posthumously. The latest English-language addition to the Calvino canon is Why Read the Classics?,, a book of literary criticism smoothly translated from the Italian by Martin McLaughlin. Why Read the Classics? is a collection of occasional piecesreviews and appreciationsand cannot be counted among the author's major works, but it brims with Calvino's customary intelligence and lucidity. Its title essay is particularly impressive in its offhand way, offering in six pages more brio and good sense than 20 years of American culture wars have been able to bring to the same question.

Calvino offers 14 definitions of a classic. The definitions are mordant "1. The classics are those books about which you usually hear people saying: 'I'm rereading...', and never 'I'm reading...' "but they are also reverent: "10. A classic is the term given to any book which comes to represent the whole universe, a book on a par with ancient talismans." Still, the great books are not to be read with excessive solemnity: "It is no use reading classics out of a sense of duty or respect, we should only read them for love." As to which books constitute the classics, they are those books "to which you cannot remain indifferent." The remaining essays of Why Read the Classics? give us an idea of which books most affected Calvino himself. Of course they also find him celebrating in other authors virtues displayed by his own works; the description of Ovid's Metamorphoses could stand at the head of Calvino's Collected Writings: "Only by accepting into his poem all the tales and the intentions behind them which flow in every direction, pushing and shoving to squeeze them into the ordered ranks of the epic's hexameters, only in this way will the poet be sure of not serving a partial design but the living multiplicity that does not exclude any known or unknown god."

"Ordered ranks" is a decisive phrase in this credo. Calvino's multiplicity is never a chaos. For all their playfulness, If on a Winter's Night a Traveler and Invisible Cities are fuguelike mathematical elaborations. In the latter book, Marco Polo often recounts his fantastic travels to Kublai Khan in the language of a scientist. Of a city suspended above the earth on stilts, he says: "There are three hypotheses about the inhabitants of Baucis: that they hate the earth; that they respect it so much that they avoid all contact; that they love it as it was before they existed and with spyglasses and telescopes aimed downward they never tire of examining it, leaf by leaf, stone by stone, ant by ant, contemplating with fascination their own absence." Such beautiful writing not only has deservedly become classic in itself, but it exemplifies the classical rhetorical virtues Calvino exalted in his Six Memos for the Next Millennium: lightness, quickness, exactitude, visibility, and multiplicity. He does not mention grace, but it is one of the special features of his work that extreme self-consciousness about reading and writing becomes, rather than a source of awkwardness, an embodiment of assurance and ease. Calvino was at once a metafictionalist, at home in the postmodern welter of possibilities, and someone whom Cicero probably would have read with great pleasure and recognition. The publication of Why Read the Classics? provides a fine occasion for discovering or returning to Calvino's books as the fresh classics they are.

Benjamin Kunkel is a freelance writer who lives in New York City.