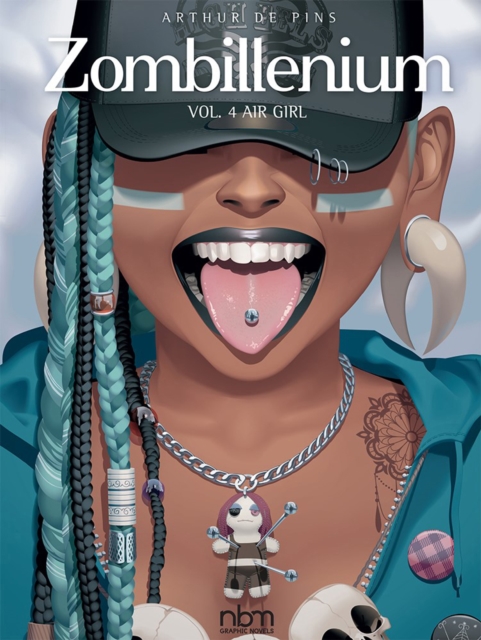 Zombillenium Park has never been better. Its popularity reaches new heights following demonic reforms by Behemoth, who then decides to play his property in a very special competition: a witches' Sabbath! Gretchen, Aurelian, and Von Bloodt, meanwhile, have set up an underground escape network in order to offer the damned the chance for reconversion, far from the nine circles of Hell, a dangerous secret operation not appreciated by the park’s board of directors. Determined to clean this out, they hire the services of a formidable enchantress who will turn into an arch rival of Gretchen. Underground as in the air, the fight promises to be epic! The resistance is organized in this fourth volume of Zombillenium, the monstrous bestselling and award-winning series by Arthur de Pins, eagerly awaited by fans after a long hiatus! What are Gretchen’s true intentions? Will the undead succeed in asserting their rights? Who will be the future happy owner of the Zombillenium Park?
AutorPins, Arthur de
EdituraNBM Publishing Company
Dimensiuni309 x 237 x 10
Data Publicarii31/10/2019
Format Cartonata
Numar pagini48
Aceasta este o carte in limba engleza. Descrierea cartii (tradusa din engleza cu Google Translate) este in limba romana din motive legale.
Ai adaugat Zombillenium Vol. 4 in cosul de cumparaturi.