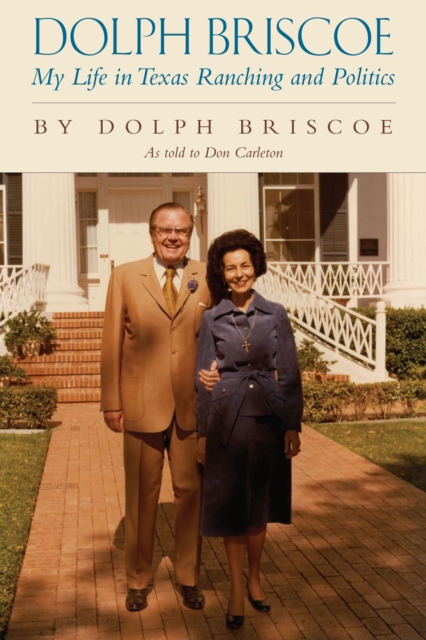 Dolph Briscoe, governor of Texas from 1973 until 1979, was the largest individual landowner and rancher in a state famous for its huge ranches. He was one of the most respected businessmen in Texas, with a portfolio that included banks, agribusinesses, cattle, and oil and gas properties. His philanthropy provided much-needed support to a wide range of educational, medical, scientific, and cultural institutions. As a member of the state legislature in the decade following World War II, Briscoe was the author of major legislation that improved the daily lives of farmers and ranchers throughout Texas. As an activist leader of the Texas and Southwestern Cattle Raisers Association, Briscoe played a significant role in the successful effort to eliminate the screwworm, an age-old scourge of the livestock industry. As a friend and associate of a number of major American political figures, he was an eyewitness to history. And as a governor who assumed office following one of the most far-reaching corruption scandals in Texas history, Briscoe played a crucial role in restoring public confidence in the integrity of state government.

Don Carleton, executive director of the Dolph Briscoe Center for American History at the University of Texas at Austin, conducted a series of lengthy oral history interviews with Governor Briscoe to produce this book.